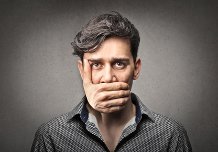 It’s difficult to forget the middle-aged man who broke down and wept uncontrollably during his first therapy session. I didn’t see that reaction coming.  But when he started to talk about his childhood, and disclosed that he was forced, on several occasions, into sexual intercourse with an older female relative, he became overwhelmed with emotions.

It was the first time he was disclosing this period of his childhood to another human being.  He thought he had forgotten it; he had no idea that it was so painful and he didn’t even know he was being abused.  Talking about the abuse, even after so many years had passed, triggered the feelings he had back then – feelings of helplessness, powerlessness, anger, shame, and guilt.  He had never before felt safe enough to process these feelings.

As a child,  he expressed his anger and powerlessness by acting out and he was soon kicked out of school during his teenage years to enter a life of illicit drug use and, later as an adult, to experience several interfaces with the legal and prison systems.

This case snippet highlights the characteristic issues in child sexual abuse, particularly in cases involving boys.  Sexual abuse of boys, especially by an older female abuser, is not often discussed and, when it is raised, it is not unusual that even the victim will minimize the abuse as ‘sexual initiation’.  Based on the socialization of boys into men, to describe the abuse any other way, would call into question one’s masculinity and sexual orientation.  Especially, if the abuser was another male, it is sometimes believed that the sexual orientation of the abused would have been changed (Hunter, 1990).

Hunter (1990) also points to the underlying issues at play and unique problems in sexual abuse involving boys as they grow into men.  For example, men have difficulty identifying some acts as abusive as they are expected to be able to protect themselves, and this ability is wrapped up in the way men are socialized to define their masculinity.  To accept that one was not able to protect oneself is to call into question one’s masculinity.

The impact of sexual abuse can range from little or no effects to complicated posttraumatic stress disorder (symptoms related to reliving the event, avoiding reminders of the events and hyper-vigilance).  Children who are abused may exhibit regressive behaviors (such as bed-wetting or thumb-sucking) or sexual acting out behaviors, including displaying sexual knowledge and interests which are not age-appropriate (Faller, 1993).  Children exposed to sexual abuse may also display other learning and behavioral problems such as oppositional defiant disorder (ODD), attention deficit/hyperactivity disorder (ADHD) and conduct disorder (Walsh & DiLillo, 2011).

Therapy, and speaking up about it, can help the individual or youth process the event and the attached feelings.

Eulalee Thompson, a journalist and writer, is also a Ph.D. candidate in Psychology at Northern Caribbean University.  She lives in Kingston, Jamaica.  EulaleeMaThompson@Gmail.com

revictimization. In Michele A. Paludi (Ed.), The Psychology of Teen Violence and

3 thoughts on “Breaking the Silence About Sexual Abuse!”