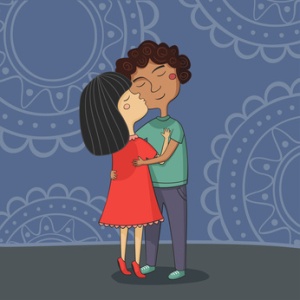 Along history, interracial marriage has been a matter of controversy and criticism. It was not until 1967 that the first-ever legal battle in the U.S Supreme Court occurred with the case of Loving V. Virginia that pursued rights for interracial marriages. Nowadays marriage between people of different races is quite common place. Immigration, global markets and the constant exposure to and from media and internet sources have created the perfect setting for cultural interaction creating a general global shift in our social paradigm. There are now communities integrated by people of different races who share the same type of values, ideas and common traditions. We find groups that operate in a magnificent way in businesses, commerce, the sciences, and the arts; people—who do not necessarily share the same genetic traits!

It is important to differentiate what race and culture represent. Race is defined as “A local geographic or global human population distinguished as a more or less distinct group by genetically transmitted physical characteristics.” We are talking about a genetic structure or a qualitative point of view regarding physical traits. Culture on the other hand is understood as “the customs and beliefs, art, way of life and social organization of a particular country or group.” Race can be understood as a social label towards physical traits, while culture is the end product of social judgment, targeted at a certain lifestyle integrated by beliefs and customs.

Marriage has multiple meanings according to the different cultures across the world. It is surrounded by diverse rituals that transcend the meaning of the ceremony, representing the love and emotions invested in the relationship beyond the couple or even families and taking root in an entire culture and people. Therefore the traditions and costumes in America will be completely different than the ones performed in India or any other part of the world. 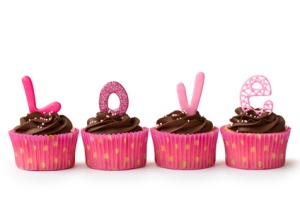 “Marriage can refer to a legal contract and civil status, a religious rite, and a social practice, all of which vary by legal jurisdiction, religious doctrine, and culture. History shows considerable variation in marital practices: polygamy has been widely practiced, some societies have approved of extra-marital sex and, arguably, recognized same-sex marriages, and religious or civil office has not always been the norm “(Boswell 1994; Mohr 2005, 62; Coontz 2006). Interracial marriage can encompass a multitude of variables that could represent unique challenges in a relationship. Certain foundational aspects first need to be agreed upon in order to have a chance at a successful marriage, for example, someone who does not agree with polygamy is not likely to successfully marry someone who is an active polygamist. Whatever the meaning of the transcendent emotions of a marriage, the individuals still have to show certain coherence with the core beliefs of their union, and each individual’s cultural baggage and beliefs must be included in order to have a healthy marriage.

The way we are raised, our life history and all the conscious and subconscious elements that cross our paths influence “who” we are—our personality and our character included. History is often made to be repeated, as programed beings enslaved to our own experience, our choices and interests are impacted by, and even guided by the cultural and moral baggage we bring with us. However, we go beyond this and can grow to include many more viewpoints and integrate new cultural ideals and practices into our daily lives and general global paradigm. Today, it´s common to find people of different ethnicities and race living in a foreign country, and in most cases, citizens and completely integrated with the culture of the adoptive country, so often it is the subjective mixing of these norms that shape who we are and how we view our connection with our spouse. The amount of similar ideals that a couple shares will be proportionate to the agreements in ‘family’ cultural decisions made by the couple and the kids, if they choose to have them.

But the reality still remains that, when people of different races and cultures get married, the cultures must crash into each other in some way. When some values counter one another within this dynamic, friction gets created between what one is choosing to believe individually and what has previously been a comfort zone bringing to the surface an epistemological rupture that can lead to a serious questioning of what is ‘right’ or ‘wrong’. It is a process that can put the union and stability of the relationship to test. Some people may find it hard to cope with the loss of certain ‘traditions’ within the first stages of marriage; or when decisions on “how to raise children” become more relevant in the couple’s lives. There is a certain loss, which requires a “battle” to let go of certain things and views and adopt different ones. Finding a bonding and loving way to get through this process can, however, bring individuals closer in creating and sharing a new “personal culture”.

Ileana Martinez is a freelance writer with a Bachelor’s degree in Psychology and also Bachelor of Engineering in Biotechnology.  She lives in Atizapan, Mexico.  Imalva.Psychology@gmail.com