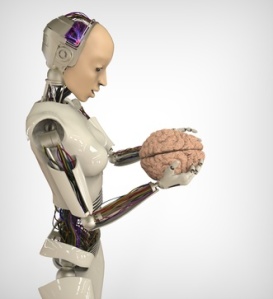 This has led to a popular assumption that “right brained” people are more creative, emotional, intuitive and subjective whereas the left brained people are thought to be more logical, analytical and objective.  This however does not imply that left brained people do not make use of the right side of their brains and vice versa, rather, it is only an implication that certain people have a certain part of their brain working more actively as compared to the other, and therefore is ‘more’ depicted in their general personality.

Such a belief has been credited for quite a long time even though the evidence in support hasn’t been substantial. Recently however, an extensive research was put into debunking the idea of right and left brained people by examining the “functional Magnetic Resonance Imaging (fMRI) scans of over one thousand people.

Jared Nielsen, the lead author, explained the results as:

However, the above mentioned research does not imply that some people are not more creative while others more logical or analytical.  It only implies that being more creative or logical doesn’t have anything to do with one part of brain in particular working more than the other.  It still is their whole brain that defines their personality.

Furthermore, the research does not negate the fact that certain functions are governed more by right side of the brain while others are governed more by the left one.  For instance, language processing is normally associated with the left hemisphere of the brain while attention is associated more with the right hemisphere.  It is also dependent on the person being right handed or left handed.  There is however, a third category of functions which are called lateralized functions.  In lateralized functions, one part of brain in particular is not dominant over the other one.

The fact is that the idea of “right brained” and “left brained” personalities does not have substantial scientific evidence backing it, yet the terms have been in use and will likely remain in use since the terms make it convenient to talk about two aspects of personality.  But it is to be kept in mind that it’s always better to talk about a person’s creativity or reasoning skills separately rather than in opposition, especially since there are a number of people who do have plenty of both!

Wajeeh Khan, is a freelance writer and a student in Applied Biosciences at the National University of Science and Technology.  He lives in Rawalpindi, Pakistan.