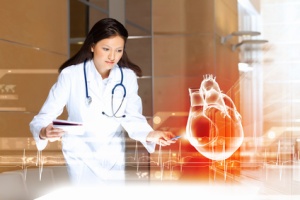 Psychology was once not considered a ‘real’ science, however, in the 21st century, psychology and psychologists have been recognized as an integral part of medical sciences.  As a medical student, with a deep-seated love for the subject, I often hear the question, does psychology have a place in the curriculum for medical students?  Physicians who have written about this issue often believe that psychology applicable to medical science should be taught to students.  George Dearborn, of Tufts Medical School in Boston, wrote that psychology is beneficial to medical science in two areas:  1) in the explaining of normal mental processes so that a physician could recognize a deviation from the norm, and 2) in explaining the psychological factors in the relationship of physicians with their patients, especially as this may affect the patients and their recovery from illness.

Psychology can help understand psychological disorders like depression or anxiety which can range from severe to mild, as well as diagnostic disorders such panic disorder, schizophrenia and major depressive disorder.  Medical students can benefit from studying psychology so that they are better equipped to deal with patients who suffer from any psychological disorders.  In the United Kingdom, 9% of consultation in general practice is because of disorders such as anxiety, depression or stress.

In conclusion, more knowledge of psychology could help medical students become better doctors by looking at both physical and psychological components of an illness and individual.  However, it is difficult to ascertain what part of psychology should be added to the curriculum as it is a complex subject with various branches, but certainly this is a discussion worth continuing!

Areej Syed Alam is a writer/blogger and a medical student at Dow Medical College.  She lives in Karachi, Pakistan.  Alam.Areej573@Gmail.com